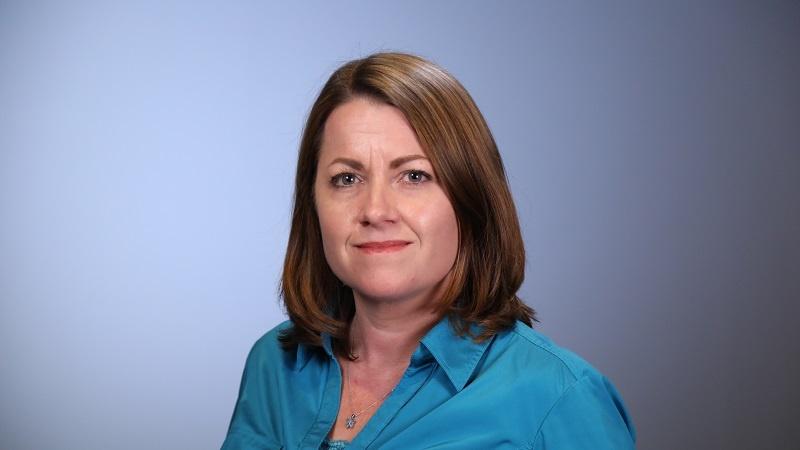 Maggie Demicco, Manager of Business Development & Product Management at Parker LORD, sat down with Offshore Network to discuss how the company’s flexible joint product line, a solution typically reserved for drilling applications, is bringing value to the well intervention market.

While engineers at Parker LORD have predominantly focused their efforts on drilling applications (with products such as telescopic joint packers which are all certified and fielded on many rigs around the world), Demicco described how the company has ventured into the well intervention market, spearheaded by their flexible joint solution. Demicco stated, “This really came about by accident in some ways. Flexible joints are very common in drilling applications but had not been used in intervention applications.

“This particular unique application has a high pressure rating, higher than most flexible joints used in drilling applications. We also envisioned a solution that was compact as intervention vessels are smaller than drilling rigs and this is why it is helpful to have the flexible joint 2 metres high or less as opposed to say 5 metres or more for a stress joint. In doing so you are able to handle higher pressures with a more compact package in that case."

Demicco also described how, with flexible joints installed at the top, operators impart less of a moment on the entire riser system. Flexible joints accommodate any angular offset, much like a ball joint, so less moment is imparted into vessel structure and riser. This allows for benefits such as being able to operate more on the edge of where you could before with a stress joint, such as further off station or in rougher weather.

So far, Helix has fielded three units of this solution, the first two went into service as early as 2017, the third in 2018, and it is also being utilised in a subsea mining application, to enter service next year.

While the flexible joint can bring benefits in the form of cost saving and safety benefits HSE, it also opens up new opportunities for operators and service providers which were previously restricted by stress joints.

For instance, Demicco commented, “If you have an intervention vessel or rig doing riser-based interventions in deeper water, say 900 metres or more, you’ve got a longer riser and that inherently is more flexible by being longer. In such applications there is less of a need for flexible joints. But if you are in shallower water like 300 metres or less, the riser is a lot shorter so it is more rigid in nature. If you have a stiffer riser system, you put more stress into the wellhead itself at the bottom and into the vessel at the top. In that case flexible joints can provide a lot more benefit with those shorter, stiffer risers if installed at the top and the bottom.”

Demicco added that the flexible joints are even more beneficial when placed at the top and bottom of a riser. Such an advantage could be incredibly useful in regions such as the North Sea which does not only have shallower waters but also rougher sea conditions and a lot of very old wellheads which have undergone multiple interventions over the years. Demicco noted, “Having a flexible joint here would help reduce the stress when you’ve got older wellheads you don’t want to replace, ensuring the field will keep producing.”

While companies such have Helix have not yet incorporated this, Parker LORD sees this as the next step which could provide even more flexibility to potentially expand operation limits even further.

At Parker LORD, HSE is considered paramount and reducing risk is inherent in the solutions they offer, as is the case in the flexible joint.

Demicco noted, “One feature of our flexible joint is that it has two separate flexible elements, based on the different way we approach flexible joint design. One flexible element is doing the work of a seal bearing, sealing against intervention fluids. The other one is designed to handle the riser loads and the bending moments. However, while each is designed to do its primary function, if something was to happen, and a seal bearing were to fail, you have the load bearing as a secondary sealing mechanism.

“There is also a sensor between the two barriers to measure the pressure in the cavity which should read as zero in normal operations. If the pressure increases in that cavity, it the sensor will alert you if a failure has happened in the seal bearing, and then you can change it out when you have a convenient opportunity in operations. We consider that a dual barrier, a belt and suspender approach.”

Other solutions on offer

Also on the menu for well intervention operations are Parker LORD’s customisable Gimbal Bearing Assemblies, which, as Demicco outlined, have a similar story in that they were in use on drilling rigs. These are used while running a riser, below the spider and accommodate the vessel motion and support the load of the riser along with whatever equipment is connected.

Demicco said, “If you want to have a Gimbal on an intervention vessel you are often constrained on space so you can’t use an extremely large and stiff 72 inch 1.8 metres wide Gimbal in that case. This is another story where we took a product successful in drilling applications and modified it for an intervention application. Whether more space constrained, required lower stiffness, or the angles are different from drilling application, our engineer from that product line came up with ingenious design tool to take customer inputs for each application and quickly revise the equipment to adjust the parameters on the fly with for the customer.”

Opportunity on the horizon

Demicco added that the company is continuing to explore solutions across the sector, including within the well intervention space. She said, “We know how to design elastomer parts and mitigate shock and vibration. We are talking to customers to find out what their big issues are in those spaces and we typically try and target the problems other people can’t solve, have failed to solve, or unwilling to solve for whatever reason. When we talk to customers about their problems we are asking: Is there some elastomer product that’s failing too quickly and you want to extend the life or are you trying to solve a problem in a non-elastomer way? Is there some other solution we can design using elastomer to solve the problem?"

In regards to the flexible joint, Demicco added that the next step is to get this more widespread, as the hard work has been done. “We have set up this market-based product and the big initial step and cost (getting the mould to manufacture the moulded flexible elements) has been taken. We’ve got that and once we’ve validated that design to the API standard, established our manufacturing processes, that’s really the most important thing. After that it is easier to modify and package those flexible elements differently depending on the customer application. We have the mould, have capacity on the equipment, now just a matter of finding people willing to adopt it and working with them to make modest tweaks to suit their application.”

Maggie Demicco handles Product Management and Business Development for the Oil & Gas business unit of Parker LORD. She holds a B.S. in Mechanical Engineering from Brown University and a Master of Business Administration degree from Babson College.