‘There are going to be a few surprises’: DDW participants emphasise the importance of planning for P&A 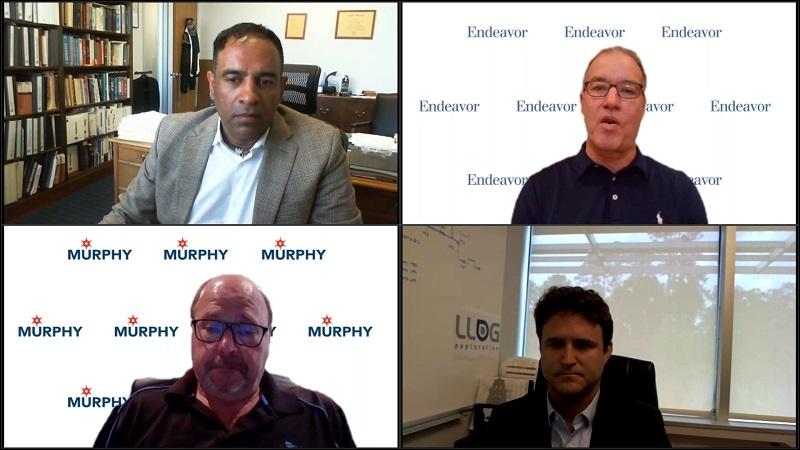 At the Deepwater Decommissioning Gulf of Mexico 2021 Virtual Workshop, a panel of industry experts discussed the essential considerations when conducting plug and abandonment (P&A) operations in order to mitigate risk and enhance efficiency.

Opening the session, Kenneth Bhalla, Chief Technology Officer at Stress Engineering Services Inc., explained that even in the last couple of decades the design of subsea wells have dramatically changed, which can raise multiple complications to operators looking to conduct P&A operations if this is not properly taken into consideration. He commented, “If you look at wells which came into operation 20-30 years ago, typically they were drilled with a fourth generation blowout preventer (BOP). Relative to fifth and sixth wells, the stack has gotten taller and heavier going from 600 Kips to more than a 1000 Kips. The wellhead and casing system are going to be see much larger loads, whether that is static loads or dynamic loads and the loads of the BOP stack need to be accounted for during P&A operations.”

“Also to note is the conductor casing, which typically today are 36” x 2” X80. Going back 20-30 years ago these wells were designed with X56, 36” x 1” for example. Your conductor casing is lower yield as well as lower stiffness. In addition, if you look at conductor casing design today we push the first connector as low as possible to reduce the fatigue loads. When dealing with the P&A of wells drilled 20-30 years ago we have a different type of well design where the connectors are not as deep as they are today and are thus susceptible to potential fatigue damage and overload as well. You need to understand the fatigue damage caused by prior operations as well.”

Following this, Alex Lawler, Drilling/ Completions Engineer at LLOG Exploration, added that there truly are generational differences between the designs of wells and what was fit for purpose even a decade ago is completely different environment to today. For example, he outlined the production packer generations which can affect everything. If the packer needs to be removed, the operator needs to understand if it is a shift to release or cut to release as well as other considerations such as what the cut zone is, for example.

Therefore, in order to carry out a P&A operation safely and effectively, it is paramount when planning to understand these differences, understand them early, and understand them thoroughly. It is also important to remember that you may require some specific tools designed for the well, and often these have been discontinued since drilling. Sometimes these could be in another part of the world, and if this is not planned for it could cause real problems down the line.

Getting the right information

With older wells that have often changed owners several times, the information and documentation is frequently unavailable. It can therefore be incredibly difficult to find out everything you need to know before planning a P&A operation.

One way to mitigate this is to speak to engineers who have worked on the well previously (preferably those who were involved in drilling and production) and have them on board for the operation. Bhalla said, “I have been involved in a couple of different instances where two particular operators had a number of fields that they stopped development on but they knew they would come back in a year or two for P&A. They knew the people and the rig would change, so what they did was create a file around the wells based on the experience of their engineers there and people involved in earlier campaigns in order to identify future risks.”

Sometimes, especially with much older wells, it is not possible to contact past engineers. If this is the case, the panellists commented that you just have to go back to basics by going to the public records or seeing if you can get information from past operators. By identifying which rig performed the initial drilling, if there were any recompletions, and as much about its life as possible you can patch together some information on the well. The more that can be gathered, the safer and more efficient the P&A will be.

The participants continued by emphasising that it was absolutely fundamental contingency plans were put in place, as you are planning to fail without them.

Lawler said, “You are gutting an old house – there are going to be a few surprises. Do as much planning ahead of time and plan those contingencies, because they are going to happen. They are essential if the operation is going to be a success. What we have discovered to be very beneficial is approaching BSEE (or whichever local regulatory body you are dealing with) early. They want to make you attempt to isolate the zone, but if you say you have concerns and point out your contingencies to them you may not get immediate approval but it will not surprise them when the contingency comes up. When the contingency is needed, you will usually need approval very quickly, it could even be a matter of hours, and you will be more likely to get quick approval as they are aware of it.”

Dave Mantei, Subsea Manager at Murphy Oil, echoed these sentiments by adding, “I cannot emphasise how useful early engagement with regulatory bodies is for getting early direction so that when, at 2am the calls comes in and the contingency is needed, that are already on the same page. That is absolutely key in conducting a P&A operation.”

George Coltrin, D&C/ Wells Advisor at Endeavor Management, commented, “A couple of things which can help with these operations is foresight when drilling. When you plan new wells, especially development projects, it is worthwhile putting in the effort to think about the impact on the P&A. Obviously this is not a big driver in the choices you are making at that moment as you are thinking more about well integrity and production, but it is still a driver which should be considered and will help later on.”

“Also, often it seems when we are dealing with P&A is that it is planned more piecemeal. When an operator is drilling a series of exploration wells and need a gap filler P&A is often used to fill this. But we can get into a lot more when considering all the P&A obligations as a portfolio. In an ideal world, operators would get a rig and conduct a whole P&A programme. As an industry we are more efficient with things we do on a regular basis; operations not done for a while tend to be not as efficient as workers have not used the tools for a while or perhaps not ever. So doing a whole P&A campaign would avoid problems and make operations much more efficient,” Coltrin added.

All about the people

Finally, the participants emphasised the importance of people, noting that having competent and experienced employees will ensure P&A operations are conducted much more effectively and safely as, at the end of the day, they are the ones on the front line who will be conducting the operations.

Coltrin said, “With new rigs and equipment what we can do today is incredible. But I would prefer to have mediocre tools with great people rather than mediocre people and great tools. Therefore focusing on people is really one of the best things you can do. If you are trying to reduce the risk of operations, good communication between the office team and rig team is essential, and the best way to do this is get people in the office who have experience on the rig, who know it and have relationships with the engineers out there. You need to put time into the people who are on your team, otherwise you might get teams with mismatches, and risks can be the result.”