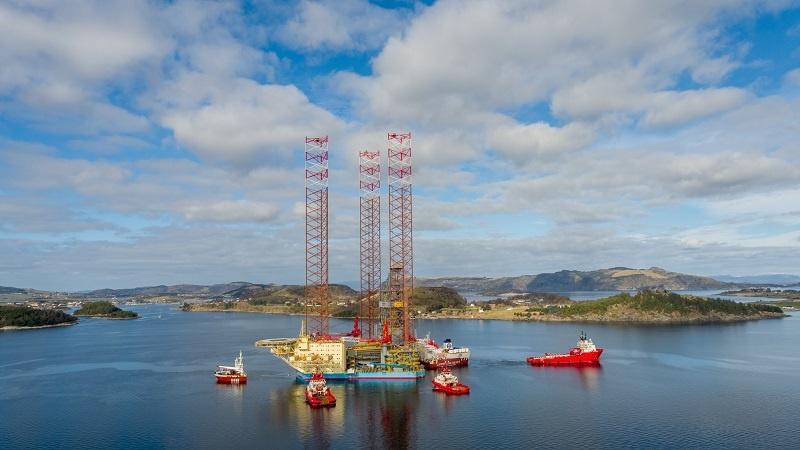 Aker BP has completed the plugging of wells at the Valhall oilfield centre six years earlier than originally planned, saving more than NOK5bn.

Aker BP is the operator alongside partner Pandion of the Valhall oilfield which first saw oil flow in 1982. Since then, more than one bnboe have been produced from the area, which is three times more than originally expected.

In 2014, as a result of the decision to pursue a policy of modernisation rather than abandonment, Aker BP began a plugging campaign in order to revamp the field and keep it producing for the foreseeable future. Since that time, a total of 30 oil wells from the original drilling platform have been plugged in order to pursue the ambition of bringing up a further one bnboe from the field over the next forty years.

The first plugging campaign spanned 2014-2016 and was conducted by the Maersk Reacher rig. The next two campaigns, between 2017-2018 and 2020-2021, were carried out by the Maersk Invincible drilling rig, the departure of which last week marks the end of plugging operations for the field.

These campaigns were a roaring success as Aker BP have reported that no serious incidents were incurred during the work and that they were carried out in a total of four years, at a cost of NOK10.1bn, as opposed to original estimations of 10 years and NOK15.5bn.

Tommy Sigmundstad, SVP Drilling and Wells in Aker BP, commented, “The work to plug the wells has been a success through three major campaigns. The plugging has been carried out safely and efficiently. We have an unrelenting focus on improvement, and that has paid off in shorter operation times and reduced costs. Our alliance partner Maersk Drilling has been a key factor in all the campaigns. I am incredibly proud of the work delivered by teams across all companies both offshore and onshore.”

Alongside the plugging operations there has been a number of decommissioning activities carried out and planned. The QP accommodation platform was removed in the summer of 2019 by the catamaran crane vessel, Pioneering Spirit, and over the course of the next few years the original drilling platform and process platform will be removed along with the replacement of the original Hod wellhead platform (south of the Valhall field).

Wherever possible, Aker BP made use of the latest technology in order to optimise their operations.

Martin Straume, Chief Engineer for Well Plugging and Abandonment at Aker Bp, said, “Section milling of cemented casing has been carried out inside larger casing. We have done this to verify that well barriers are in place on the outside of the conductor. This means that we have avoided having to mill or pull entire sections of casing from the surface and down to the relevant depth. This represents up to several weeks of time saved per well, and is an enormous improvement in the plugging work.”

In addition, the top section of the old Valhall wells have been plugged using bismuth technology, an innovation conceived by BiSN to solve the challenge of potential methane leaks from old wells, and results in lower CO2 emissions compared with cement.

At the end of 2019, the first oil flowed from Valhall Flank West. As of March 2021, a new Hod platform is nearing completion at Aker Solutions’ yard in Verdal. The concept, implementation model and organisation for the Hod project were copied from Valhall Flank West. The planned production start for Hod is in Q1 2022, and recoverable reserves are estimated at around 40mnboe. Aker BP has also now embarked upon studies for a new central platform on Valhall, which will ensure production capacity for future volumes in the area.