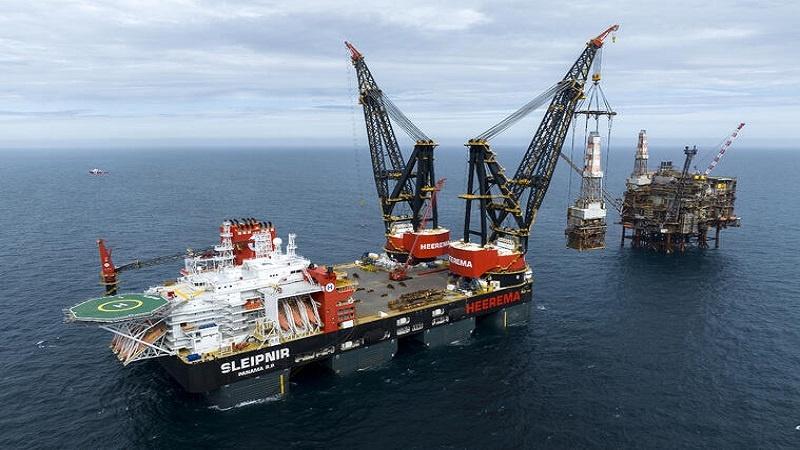 Abu Dhabi National Energy Company PJSC (TAQA), an integrated utility company in the Europe, the Middle East and Africa region, has announced  the completion of safe and successful removal of the Brae Alpha West drilling rig and the Brae Bravo upper main jacket in the northern North Sea.

The operation, which was the latest in TAQA’s extensive UKCS decommissioning programme, involved the removal and transport of more than 12,000 tonnes of material from the Brae field in the UK North Sea.

The HAF Consortium, Heerema Marine Contractors and AF Offshore Decom, were contracted to execute the operation on behalf of TAQA.

Sleipnir then moved to Brae Bravo to remove the 11,000-tonne upper main jacket. This forms part of TAQA’s decommissioning obligations and follows the removal of the Brae Bravo topsides modules and flare bridge, jacket and tower last summer – one of the largest topsides removals in the UK North Sea.

Both Rig 1 and the Brae Bravo jacket have been safely offloaded at the AFOD Environmental Base in Vats, Norway, and are being processed with the aim of reusing or recycling 95% or more of the material, which is expected to be completed in 2023. The entire operation was successfully completed with zero health and safety incidents.

Donald Taylor, TAQA Managing Director for Europe, commented, “TAQA’s extensive late-life portfolio positions us at the forefront of decommissioning in the UK. By adopting valuable lessons learned during last year’s successful Brae Bravo topside removal campaign, we are continuing to develop our skills and capabilities supporting the transition from operations to removals and disposal.

“The coming years offers some of the most interesting challenges and opportunities for our workforce and wider industry. TAQA is proud to pioneer this change while maximising the value of our assets and playing a valuable role in the energy transition.”