Corrosion – What My Mini Cooper and Your Wells Have in Common

I spent this week in Aberdeen with a group of operators and contractors who are pro-actively addressing well integrity challenges across their existing assets. The group’s well stock, conditions, technologies, geology and countless other elements separated them, but as time went on we managed to find one piece of common ground…

I’m sure you’ve heard this before, but according to Norsok D10 well integrity is the application of technical, operational and organizational solutions to reduce risk of uncontrolled release of formation fluids throughout the life cycle of a well. Wireline, slickline, coiled tubing and other innovative solutions can help you check out what is going on in your well – but let’s jump back a step, as whether you’re dealing with a shallow platform in the Southern North Sea or a deepwater subsea asset West of Shetland, the first piece of information I was given was universal…

Not being an engineer, I won’t pretend to fully understand the implications of the above – but from the inception phase it is imperative to develop a constant and consistent well surveillance plan for the future to ensure monitored and managed integrity from the get go and offer visibility for future crews who will have to work on it. Throughout the week I learnt that this was sometimes the case, sometimes it was not, and sometimes the current operator was the Xth person to own the well and all the documentation was lost. It reminded me of my first car! Perhaps it’s because I’m writing this at the end of 2016, after two years of sub $50 oil, but whether for production efficiency, structural assurance, or barrier verification, the end goal for the majority of operators also remained the same as my first car… How can I get more performance out of it and can I make it live past its life expectancy?

I owned my first car for almost ten years. It was a twenty-year-old classic Mini with a lot of miles on the clock. Ahead of passing my driving test I had managed to locate a modified engine which had been bored out to 1440cc, along with a performance manifold, induction system and straight through exhaust. It went like a rocket, but the car was ultimately a great engine in a light old rusty frame. The issues I was had with my old Mini ‘Bertie’ was similar to the relationship that the Aberdeen group had with their wells. Somehow rust bonded us and Bertie got me in the conversation.

The discussions of our group focused on both old and new wells. One person talked of a young three-year-old well that had three corroded joints. There was a change in the internal diameter profile at each joint as the well was constructed with alternate grades of joint, resulting in varied levels of corrosion at different depths. Another member of the group said they had realised a 10% metal loss in just a few months – his ESP had over heated resulting in tubing leaks and fluid circulating without getting to the surface. The general consensus of how to best deal with corrosion was through a robust scheduled monitoring programme to provide an appropriate understanding of the completion integrity status. Then one member asked the big question “what is good integrity?”. A great question… At what point is the level of corrosion “good” and at what point is it “bad”? If it is in line with regulations, does that make it good? The discussion circled but no real consensus was met – it’s dependent on the well, here are too many variables to universally apply “good” to everything, or anything.

Getting Bertie through the MOT was always a problem. He was full of rust and I was constantly welding and replacing panels to keep him certified as safe for another year of motoring. I always went to the annual Mini owners club meet and we talked about rust, as you do. My sils, door skins and floor pan were in bad shape – but somehow the car was deemed safe and road legal. I once met a guy with a 1975 Austin 1275 GT with a 1.8 Honda Civic engine replacing the original motor. This car was dangerous. Not solely due to the engine, but because to avoid corrosion issues he had cut out huge parts of the floor pan, replaced them with plastic and then painted and covered them with metal fillings – when the MOT inspector used a magnet to test the floor it appeared there was a significant and safe width of metal. There was none! The result was a false positive, but nevertheless this dangerous car was certified as safe and was on the road.

So, like this car, how do you ensure the logging data accurately represents the integrity of the well? This was a question debated in Aberdeen and to the credit of the group, they painted the best picture they had of their respective assets. Ultimately the group erred on the side of caution – using multiple logs, cameras, history and behaviour to best understand what was going on downhole. This was rigorous, they picked holes in their own findings, questioned their data and never seemed to take anything as red. This was commendable and it became clear that “good” integrity was never “good enough” – or at least never a point of giving the well a ‘thumbs up’ and not worrying about it anymore. For example, some used a traffic light system to rank the integrity of their stock – but said even a green (and therefore ‘good’) well could bypass Amber and head straight to Red due to variable changes, like reservoir conditions.

It was clear, the group in Aberdeen are not complacent and constantly and consistently monitor, question and work over their assets to ensure they are in the best possible condition. In doing so they are ensuring the productivity of our fields and industry for future generations.

More to come next month… 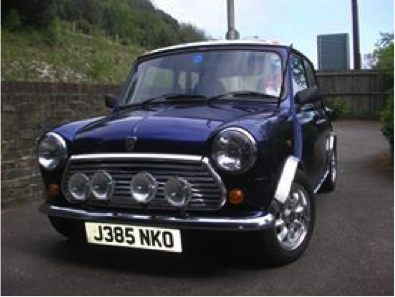 Tommy Angell is the Founding Director of Offshore Network, along with his business partners James Taylor And Dean Murphy. Tommy holds a Bachelors and Masters Degree from The University of North Carolina at Chapel Hill (USA) and The University of Essex (UK). He has also Served as a guest lecturer at the Hult International Business School.