The remarkable decommissioning of the Brent field 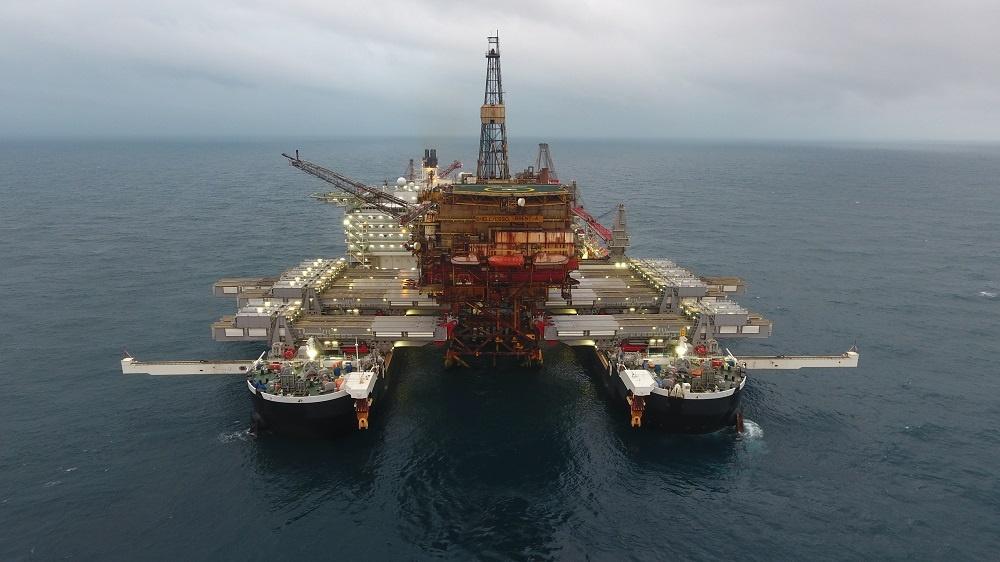 After drilling commenced in the late 1970’s, the Brent field, operated by Shell in a joint venture with Esso Exploration and Production, has consistently maintained a high level of production rates, supplying 13% and 10% of the UK’s oil and gas needs respectively in the 1990’s and benchmarked as the highest-performing North Sea field in 2000. However, this could not go on forever and once all the options for extending the life for as long as possible and re-using the platforms were fully considered, in 2006 the decision was made to begin the long-term planning for the decommissioning of the field.

This would be a major project dealing with four platforms (Alpha, Bravo, Charlie and Delta all with a topside housing an accommodation block, helipad and drilling and operational areas) and related subsea infrastructure such as interconnecting pipelines. In recent years and months, some incredibly impressive feats of engineering have taken place as the field has slowly been eased into retirement.

The first platform to exit the stage was the 24,200 tonne Brent Delta, which was removed by Allsea’s Pioneering Spirit (the largest construction vessel every created) in 2017 after seven years of preparation and engineering to strengthen the under-deck. It marked, at the time, the heaviest marine lift ever undertaken and was successfully performed before the platform was transported 700km to a specially constructed quay at Able's Seaton Port facility in Hartlepool.

Following her sisters removal, the Brent Bravo platform underwent a similar fate in 2019. In an operation lasting just four hours, Pioneering Spirit lifted the 25,000 tonne platform (the actual lift only lasted around nine seconds) and began the journey of carrying it back to a decommissioning yard in Teeside off the coast of Hartlepool.

Finally Brent Alpha, the only one of the platforms which featured a steel jacket standing in a depth of 140m below sea level, was successfully removed through a two-stage operation across 2020, despite the difficulties imposed by the Covid-19 pandemic. In June, Allseas’ Pioneering Spirit was called in once again to remove the Alpha topside, weighing 17,000 tonnes, and taken to Able UK’s Seaton port facility in the North-East of England for dismantling and recycling.

This was closely followed by Heerma Marine Contractors using the heavy lift crane vessel The Slepnir removing the 10,000 tonne upper jacket of the platform (including conductors) in August. Also achieved in a single lift, this was then transported to AF Decom’s facility in VATS Norway. Currently nearly 97% of Brent Alpha has been recycled.

As Shell seeks to finally put an end to the iconic Brent field they have set their sights on the remaining decommissioning work that still requires attention. Plugging and abandonment work on Brent Charlie was maintained throughout 2020 and the company hopes to complete this to end production for the final platform standing in the field in 2021. With the completion of the Plug and Make Safe of the final wells, focus will then turn to planning the engineering required for the removal of Charlie topside.

In regards to the subsea pipeline in the Brent field, there are 28 pipelines and umbilicals which require decommissioning measuring approximately 103km in length. While work has not yet started on this or other subsea work, Shell has identified 14 pipelines which will require relatively straightforward operations with the other 14 needed somewhat more complex solutions to which each has been subjected to comparison and assessment using a quantitative method.

The continued success of this enormous project has truly been one of the most remarkable success stories in decommissioning in recent years and was fitly recognised at the OGUK Awards 2020 by being shortlisted for the ‘Excellence in Decommissioning’ category. The project stands as fantastic example of ingenuity in engineering and planning at a time when the oil and gas industry faces increasing pressure to complete more decommissioning projects and it will be of real interest to see observe how the company progresses with their operations in the Brent field in 2021 and the coming years.