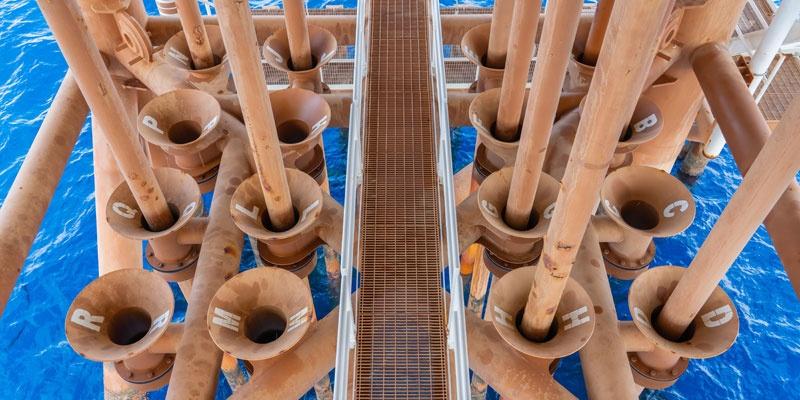 The objectives of the WEPA DCR were to understand, by observation, how operators are meeting the relevant statutory provisions in the legislation; including subsidiary mandatory safety requirements, the Queensland Code of Practice and recognised industry standards.  Consistent with the Queensland government policy, the Inspectorate is collaborating with the industry to promote the safety and technical standards for petroleum and gas operations.

Following consultation and dialogue with industry, seven (7) Operators were selected as suitable candidates for the well programme assurance review. The programme was conducted in three stages as outlined in Figure 1 below.

WEPA Stage 2 – Engage in well design and planning process of the selected well programmes; and finally; and

Through discussion between the Regulator and each individual Operator, eight (8) suitable candidate wells were identified for the Well Programme Assurance review. Subsequently, a copy of Operator standards and well specific documents (e.g. Well Basis of Design, Drilling Programme, Drilling Fluids Programme, Cementing Programme, Casing and Tubing Design, Well Barrier Programme) were provided by the Operator for review by Well Inspectors.

The design phase review methodology was as follows:

Stuart Wright’s proprietary well barrier monitoring and validation system, RTBC, was used by DNRME to monitor drilling operations for selected wells. This exercise was the final stage for a given selected well, in DNRME’s WEPA DCR programme.

The system was used to assess each well for compliance, with their own standards and mandatory regulatory requirements. Specific barrier acceptance criteria were created in RTBC, which were extracted from Operator standards, the drilling programme and relevant legislation. Each barrier element during well construction was then assessed for reported validation, and assigned a traffic light colour (red, amber, green) rating depending on the result of the rating.

The process of assessing compliance during well construction was as follows:

A range of useful findings arose from the WEPA study and, in particular, the use of RTBC to track barrier validation during well construction provided close monitoring and feedback which was beneficial to both the Regulator and Operator:

KF #1 – In general, the Operator standards compliance with mandatory regulatory requirements was good, but with individual exceptions which were fed back to Operators and improvement processes agreed.

KF #2 – Maintaining an overbalance margin to the bottom hole pressure (BHP) is a critical barrier during well construction. Operator standards for petroleum wells reviewed by DNRME could be further enhanced by stipulating a minimum overbalance to BHP requirement.

KF #3 – Several Operators did not achieve regulatory compliance with the minimum 70% standoff for casing centralisation in their well design. The primary reason cited for this non-compliance was that the centralisation modeling simulation called for large sections of the casing having 2 centralisers per joint to achieve the required 70% standoff and Operators opined that the risks associated with running this many centralisers outweighs the benefit.

KF #4 – During the WEPA study, DNRME noted that the Operator’s design and planning process was often completed very late and, in many cases, only a few days prior to well spud which has an impact on risk during the well construction phase.

KF #5 – 75% of the gas-producing petroleum wells reviewed during the WEPA study were designed with standard Buttress Thread Connections (BTC) or Long Thread Connections (LTC) in the production casing string, which is common practice, deemed to be adequate as reservoir pressures were less than 3,000 psi.  For gas-producing petroleum wells, the selection of premium (gas-tight) connections would help to mitigate, over time, the risk of a leak path for hydrocarbon gas into the B-Annulus with associated consequences, though DNRME accepted that current industry standards support the common practice and the risk assessment approach currently used is valid.

KF #6 – The use of a barrier monitoring system demonstrated that Operators could not, in a limited number of cases, show compliance in all respects with their own standards and regulatory requirements during well construction given the conventions and format of the standard DDR reporting process. The Inspectorate had to review documents and data other than the DDR to complete the barrier validation picture.

KF #7 – The integrity reporting system used (RTBC) did give regulator and operator insight into escalating compliance risks. Furthermore, it allowed the Inspectorate to demonstrate in the captured database, a record that the operator is in compliance with regulation OR where they are not, it is transparent, and a flag raised.

KF #8 – The Daily Drilling Reports (DDR) focus is typically around performance and Occupational Health and Safety (OHS). However, no clear picture emerges in a typical DDR of an equal focus on well integrity and specifically loss of control risk.

Preliminary Conclusions of the WEPA Study

This project summary has been approved by DNRME.