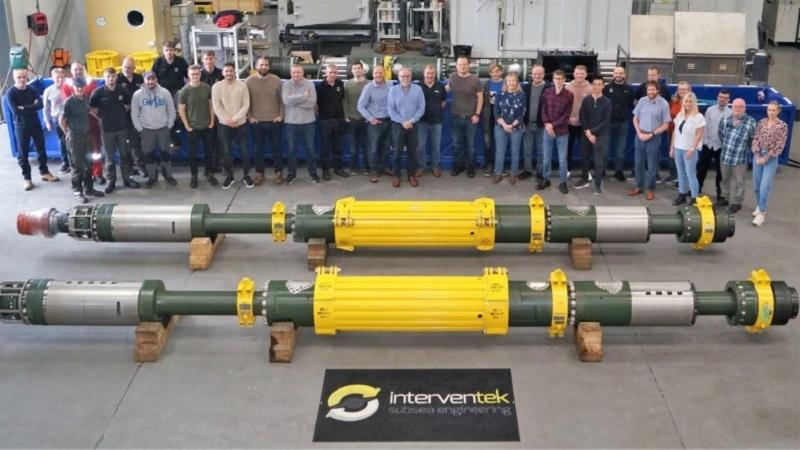 The landing string incorporates lower and upper subsea test tree valves, a latch, a retainer valve and lubricator valve. A slick joint, shear sub and project specific adaptors enable space out in the BOP and interface with the tubing hanger running tool and landing string tubulars. The system components are integrated via pre-loaded connections which provide high operational performance and fatigue resistance.

The Revolution-7 landing string is market-ready and the first systems have already been dispatched to a customer.

The company believes the system is a stand-out solution, offering industry qualification to the highest standard, combined with advanced shear-seal valve technology, rapid failsafe gas-accumulated actuation, plus a range of technical, functional and cost benefits. The valve performs both cutting and sealing functions, using separate internal components, in a single rotation, reducing the need for the usual secondary valve to provide a post-cut seal.

With fewer, simpler components, the landing string system is compact and lightweight, but stronger and more fit-for-purpose. Supply lead time, redress and maintenance are faster, which in turn reduce project and lifetime costs. The system is suitable for deployment in all BOPs and its modular nature allows additional or alternative valve functions to be incorporated.

Gavin Cowie, managing director at Interventek, said, “Historically, operators requiring subsea landing string services have relied on a handful of tier one, integrated service companies that have their own fleet of proprietary systems. We work with both the operators and service companies to supply our advanced safety valves as system upgrades, where enhanced performance and functionality is demanded.

“In developing our offering, we are now delighted to be able to supply a complete subsea landing string system to a variety of customers in this market. We see a large and collaborative opportunity in providing cost-competitive and technically advanced solutions, to improve safety and operational efficiency for the wider industry.”

For subsea well completion, intervention, workover or decommissioning operations, a landing string is deployed from a floating vessel, via a marine riser, to enable safe and environmentally secure operations. The landing string system includes a subsea test tree which provides the capability to close in the well, cut any medium in the bore and disconnect in the event of an emergency.

The shear-and-seal Revolution valve technology used in the in-riser system is also compatible with open water, tree-on-tree abandonment and surface applications. Interventek is also working towards the provision of a subsea control system to complement their advanced landing string package.

Cowie added, “Our technology is modular and universal, allowing it to be scaled up or down in its configuration and capability, and integrated with other third-party equipment. We can offer simplified landing string systems, spanner joint systems, ultra-deep water systems and high-pressure, high-temperature systems depending on the field application.”