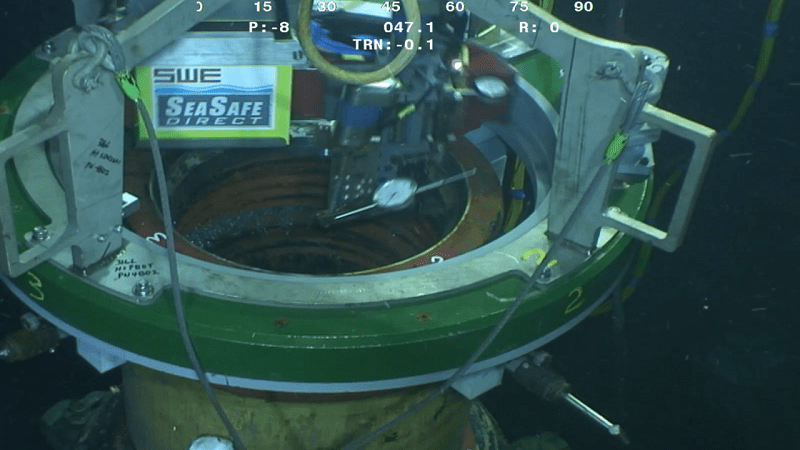 At the recently concluded Offshore Well Intervention Gulf of Mexico conference, representatives from Caltex Oil Tools provided a detailed presentation of a recently concluded damaged wellhead repair project where the company utilised new technology and methodologies to successfully bring a well back online.

Since bursting onto the subsea scene in 2018, Caltex has become an established solutions-focused business which provides rentals, services and bespoke engineering capabilities for subsea operations. In the case of the latter, the company and its affiliates offer a range of services including equipment rental to support vessel and rig-based pre-commissioning, controls, completions, intervention and decommissioning activities; consultancy services with experts specialising in business development, sales, remote technologies, subsea controls, diver and diverless interventions, vessel based IMR operations, and emergency response repairs; as well as engineered solutions where it specialises in unplanned emergency response requests to developing transformative technical solutions.

The project that was presented at OWI GOM began when a major operator contacted Caltex over an offline well which had visible damage to the VX profile, FX profile and isolation sealing surface. Knowing Caltex’s extensive capabilities, the operator sought the company’s immediate help to intervene and bring the well back online. In turn, Caltex responded by developing a custom solution for machining the inner wellhead profile to remove the damaged surfaces.

It was in November 2021 when Caltex first began work on the project, with an initial concept to remove protruding materials and polish damages. According to Carter Kacal, Project Manager at Caltex, it was shortly after this, in January, when the project began to grow and the scope developed from what was originally perceived. After analysis of damage, their plans involved to machine the new ID .25’’ beyond the last damage, increase the ID of the wellhead by 0.125’’ and machine a 30° lead-in bevel at top/bottom of the increased ID.

This involved the development of a tool with the goal to machine a new ID of the damaged wellhead to tight specifications which also incorporated an automated system featuring closed loop controls and independent electronic actuator controls. From January onwards, Caltex swiftly developed Software (in just 15 days) and tested the tool to perform the required work before travelling to the manufacturer of the wellhead to perform an SIT at the beginning of March.

The technology utilised in the solution delivered by Caltex, according to Kacal, included a real mix of field-proven to new technology, resulting in a bespoke solution. It included three electronic actuators, an RPM sensor, subsea control units, a localised subsea power bank and an optical communication link connected through the ROV and controlled from the surface.

Kacal commented, “The results of the SIT were extremely positive, better than we could have expected, and well within the specifications we needed to be which is shown in the table.”

“We needed to be within 0.005'' concentricity and we achieved 0.002'' which was great. And then the surface finish that was well below what it needed to be as well. The goal (measured in Ra) was to be 111 Ra or lower. And so you can see there the average of the three numbers [on the table] is around 46. The only thing missing there is the results on the bevel cut. So we needed to cut a bevel as well as machine new diameter. We needed to be 30°, we were at 26°. This was a little steeper than we needed to be, but still successful nonetheless. From that everyone was happy to go offshore and we felt comfortable as well.” 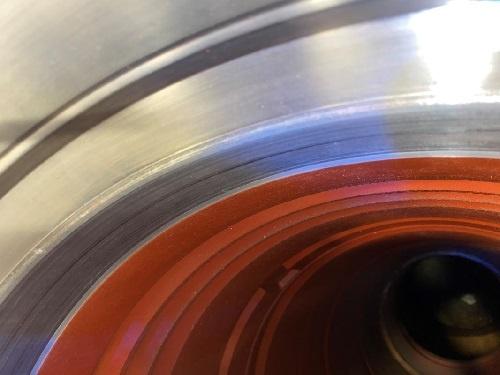 Indeed, little time was wasted in doing so as, by the middle of March, the tool was offshore and ready to perform. Kacal continued, “We had a timely mobilisation with no downtime for the tool. We performed the operation in five days (from mobilisation to demobilisation) which included less than 24 hours operation of the tool itself. Then, once we pulled it off and actually tested the wellhead, everything was successful and eventually the well was able to be brought back online.”

For a job that began in November and had to contend with workscope changes along the way, it was a remarkably quick turnaround for the company which was ultimately successful. Kacal remarked that, alongside the timeliness of the operation, what worked very well was the automated system with closed loop controls alongside the performance of the tungsten carbide tool tip. He added that given slightly more time they could have spent more time developing and optimising the tool, however this did not overtly affect the performance and it has given the company confidence that they could deliver another project of similar scope and time effectively again.

“If there's ever an opportunity, we'd love to be able to try our hand at it again because we've proved it, we've developed it. At the moment I would say many people just don’t really know that is out there and no one really discusses if they have a damaged wellhead or not. So we want to show, with this example, that this technology is available and we have the ability to remediate the wellhead with a less invasive strategy than what is currently out there. At OWI GOM we had some interested discussions around this and people seemed definitely interested so we shall see what the future holds.”