A promising future for well intervention in West Africa; a discussion with David Carr 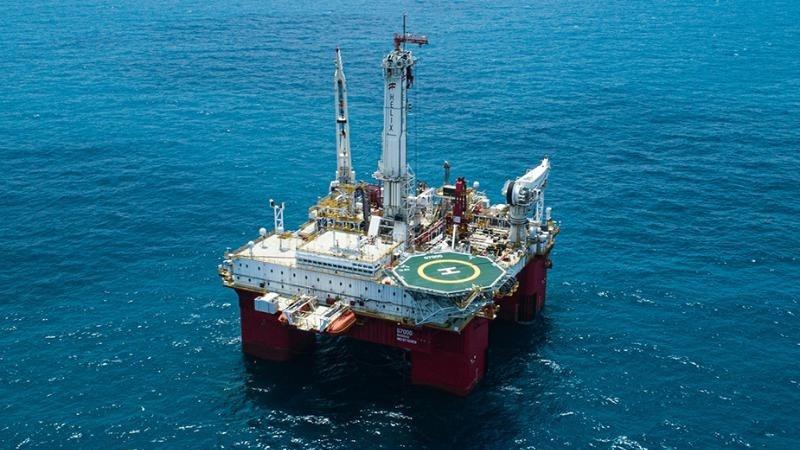 As the Offshore Well Intervention West Africa conference draws near, Offshore Network spoke to David Carr, Senior Vice President – Helix Well Ops (UK) Ltd. to gain a preview of the well intervention market and appetite in the region, and the latest on Helix’s activities there.

The Q7000 continues to shine

Carr began by discussing the Q7000, a DP Class 3 semisubmersible well intervention vessel that arrived in Nigerian waters for its pilot project at the start of 2020. Carr stated, “The first operator was an international major in Nigeria with whom we had scheduled to conduct a five well campaign. We had a new vessel, a new crew, a new well access package and we were working in a new country, and yet we completed the campaign around 25 days quicker than expected.”

“This vessel has been operated since it’s inception as a fully integrated package, utilising the services of Schlumberger, our partner in the Subsea Services Alliance.”

“During the last well, the pandemic hit, so unfortunately we had to return to Tenerife, however we continued conversations with Total, Chevron and Shell in Nigeria over Teams. Before the end of last year, we mobilised the vessel again and completed a five well campaign for Total and one for Chevron. In the last few weeks, we have begun a campaign for SNEPCo which is from five to seven wells. It is most likely we will finish the current campaign in early Q4 2021 and stack the vessel in a nearby port before recommencing operations in January 2022. After that, we are in discussions with two other major operators and a potential third to keep Q7000 in country, so we will be doing projects there next year as well.”

“After these projects are completed, the Q7000 will move on to Australia, but to do so we go right past Angola. We are in discussion with a couple of operators to do some work in the country during the second half of next year before moving on,” Carr added.

Carr also took time to explain how the Q7000 crew is rotated in the wake of the pandemic by noting that before members were rotated monthly but now, due to Covid quarantine rules, they do six week stints away from home in order to isolate. He noted that the company has been massively helped by their policy of utilising local content ‒ around 65% of the Q7000’s crew is Nigerian, and those crew do not have to go through international protocols, just Helix’s.

Carr added, “Nigeria is a very good place for local talent. The offshore oil industry has been established in the country for more than 40 years, so in terms of getting quality wireline, deck, or downhole service crews, the region is well supplied. We comply with the local content rules in the country, enforced by the Nigerian oil regulator (NAPIMS), but we don’t just comply by hiring cooks and cleaners, etc. Instead we hire and train DP officers, junior vessel engineers and more. All of the Schlumberger’s crew are Nigerian. We had nearly 30 Nigerian crew members fly to Singapore before the Q7000 set sail, so they knew the vessel, procedures and safety protocols well before arriving in West Africa.”

As Carr explained, “We speak to all the operators in the region, but not necessarily at the same time. NAPIMS does though, because it has an interest in increasing production for the whole of Nigeria. NAPIMS allows these operators to spend OPEX money on well intervention and they encourage this type of work to be taken up.”

“Additionally, each operator is ultimately aiming to increase production for themselves, whereas NAPIMS is trying to do it for the whole country. Through collaboration and discussions on where campaigns can fit in together they can all do this more effectively, but it is the NAPIMS that is the glue to bind them all together.”

Carr also added that Helix are not the only LWI service company working in the region and highlighted that while his company competes with many others, all are keen to see success continue within the segment. He commented that the last thing he wants is for them to have a bad job and that some of them are doing fantastic work ‒ such as Oceaneering who are working with BP in Angola currently.

The challenges and opportunities of West Africa

The success of the Q7000 in Nigeria has shown that there are opportunities to be found in the region, and by operators communicating and attracting such vessels to the region they have the chance to enhance well production and increase the well life of the rapidly ageing subsea wells located there.

However as Carr noted, the region can be a challenging place to operate. He said, “What typically kills well intervention work in West Africa is the transit cost of the vessel all the way from Europe or Gulf of Mexico (GOM). If you want to use a vessel in West Africa, you will probably have to sail it from the North Sea, which is very expensive. When we brought the Q7000 here, we agreed to pay for mobilisation but we needed to get a guaranteed amount of work to recoup this cost. Again, this is where collaboration between operators becomes necessary. When operators discuss and work out how the vessel will be utilised, it provides the opportunity to remain in the region longer.”

It is no secret that sub-Saharan Africa will have one of the oldest average ages of wells in the coming years, and as energy demand increases in line with the population, well intervention is predicted by many to have an important role in the region’s future. Weighing in on this subject, Carr said, “Nobody predicts the price of oil will reach such a height that exploration to replace reserves will be high on the agenda of many operators. As we know, companies like Total, Shell, BP are making big transitions into renewable energy and they will not want to be putting masses of capex into new exploration and development.”

“They are going to have to maintain their reserves by managing the wells they have; essentially, well intervention is going to have to be a big part of this. Unfortunately, the obviousness of that statement does not always translate into money being spent.”

“Adding to this, the well interventions that we (and our competitors) are doing now are reactive ‒ fixing things that are broken. What we need is a more European model of proactive work. Going into wells that are producing and making them more efficient. Doing well intervention earlier in their life so that they can maximise economic returns and continue production for many years to come.”

One hot topic that has been debated in the region is the use of riserless over riser-based solutions for well intervention activities, with some touting the former as the answer to West Africa’s ageing well problem.

Carr took a more measured approach and commented, “There is an impression in the market that riserless equals cheap and at times this may be true. But we find that in the deep waters of West Africa, with the complexity and lack of supply chain in the area, sometimes it is less practical. With the riser vessels there is more contingency which leads to better outcomes in a place with less predictable wells. One of the criticisms of riser-based is it takes long to deploy the system and get onto the well, this is true if it is only deployed once. However, Helix often does multi-well campaigns and have the ability to deploy the system once, before hopping over to the next well and not recovering it in-between. In such cases it is every bit as fast as a riserless package.”

“At the end of the day it is going to be a combination of the two, and our intention is to have both capabilities in the region. In fact, in the future our intention is to bring one of our large monohulls from Brazil to be permanently stationed in West Africa. Our vessels (Siem Helix 1 and Siem Helix 2) currently in Brazil have each done more than 50 jobs each in deep water and complex geologies so they should be well suited. With those vessels we anticipate we can have riserless and riser-based capabilities. If we can get a minimum commitment from one or more of the operators in the region this will come to fruition,” Carr concluded.