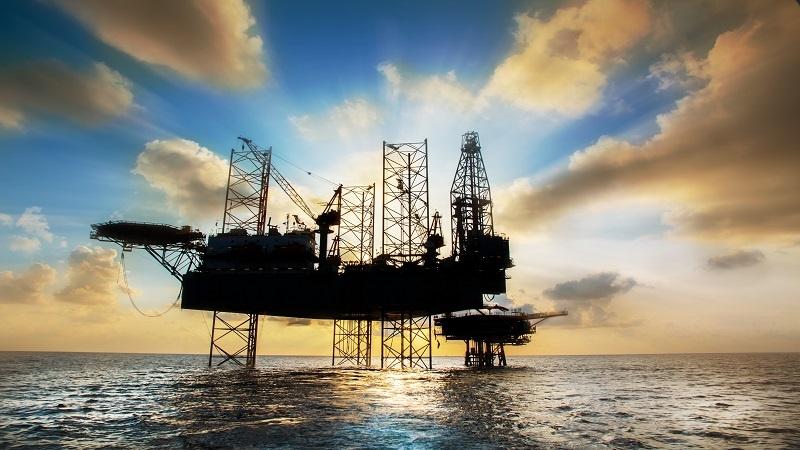 Adel Amer began by explaining the latest goals set out to reduce methane emissions whereby, at COP26, more than 100 countries signed the global methane pledge to cut methane emissions by 30% by 2030. Methane emissions are now at the centre of climate discussions and the abatement of them is, and will become, key to the competiveness of fossil fuels in the future.

The upstream sector, Adel Amer continued, is assumed to contribute around 80% of the methane emissions in the industry, with the majority of this coming from venting operations. Given the global desire to abate methane emissions, it is therefore of paramount importance for operators to reduce this without affecting production rates.

In pursuit of this, Adel Amer presented a case study from his company which focused on treating liquid loaded gas wells in a method that reduced methane emissions and saved significant money.

Adel Amer said, “Liquid loading in a gas well is the inability of produced gas to produce the entrain liquids from the wellbore. Over time, gas velocity decreases and liquids in the well will impact the lift performance that reduce or even stop gas production.”

“Turner discovered the liquid loading could be projected by a droplet model illustrating when droplets move up or down depending on the velocity relative to a critical velocity.”

Adel Amer explained that is common to use VLP to diagnose liquid loading where, in practice, critical velocity is generally defined as the minimum gas velocity in the produced tubing required to produce with low probability of liquid loading risk.

“With the Turner approach, the droplets accumulate in the large ID section but bubble flow takes place at the very low gas flow rate, you need very low gas rate usually at the far left end of the VLP curve. In many cases you don’t see the size of liquid columns that you would expect to balance the drawdown when the well is shut in for cycles.”

Mustafa, in his presentation, presented technical analysis showed that wells that operate in their unstable, hydrostatic dominated, part of their VLP suffer from increased liquid holdup along the entire well.

“We therefore need to focus on increasing velocity across the entire well,” Adel Amer remarked.

In order to do so BAPETCO showed a solution performed on an old well located in an onshore gas field with over 10 wells suffering from liquid loading and run under manual unloading cycles. The well chosen was an old one, beyond 17 years of operation, which had a five inch completion. The task was to end the cyclic behaviour of wells to increase production and eliminate methane emissions.

Considering the context of the field and the company in terms of near wellbore damage after well killing and the well integrity manual that mandate having operable sub-surface safety value in all gas wells, the best solution as Adel Amer said, “was to run a velocity string without killing the well while maintaining the sub-surface safety valve operable and without reliance on a snubbing unit.”

They began by conducting surveillance to select the best candidate wells through in-house developed python code that analyse reservoir data, production data, well history, and well integrity history to gain insightful analytics of the well integrity failure history, potential gain, clearance of the well etc. They then selected candidates and examined the potential in terms of possibility of success and expected gain.

Once done, they went to the PIPESIM to model the surface network and make sure production gains coming from fixing the intermittency of the gas wells would not be constrained by network capacity or connection with other high pressure wells in the network.

In practice, to run the velocity string without killing the well, without snubbing units and while having operable sub-surface safety valve, the operating included:
• Rigless inspection of the existing five inch completion and settling an isolation packer with surge disk.
• Workover to run the 2 7/8 inch and set an upper packer below the sub-surface safety valve.
• Rigless coiled tubing to unload the brine and break the surge disk. 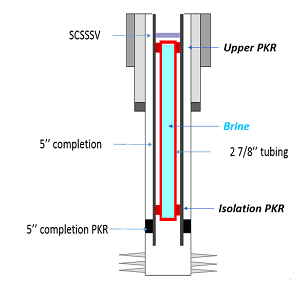 Adel Amer said, “This was completed successfully and the project converted the well from one with a fluctuation intermittent behaviour to a more stable state. The stability of production increased to 2.5MMSCF/D after applying the velocity string, up from a 1.5MMSCF/D the day before the project.”

The project helps to achieve various positive results including:
• Cost reduction: the cost of using workover rig to run the 2 7/8 inch tubing inside the existing 5 inch completion was only 10% of a snubbing unit with payback time of 5-6 weeks.
• Increased the gas production rate by 1.5 times and condensate production by 3.8 times.
• The monthly reduced GHG emissions per well is equivalent to 4.4mn miles of passenger vehicle emissions.
• Reduced workload on production operations from elimination of manual unloading.
• Maintained compliance with well integrity standards.

Abel Amer concluded, “We now have a new way of dealing with intermittent gas wells which is less expensive, does not kill the reservoir and maintains an operable sub-surface safety valve. Even though liquid loading is a dynamic process, using PIPESIM provided very useful clue to estimate the liquid loading velocity ratio which was among the main design parameters.”

Abel Amer can be contacted through his LinkedIn profile here.