The BlueSpark tool: ‘The future of environmentally responsible wellbore interventions’ 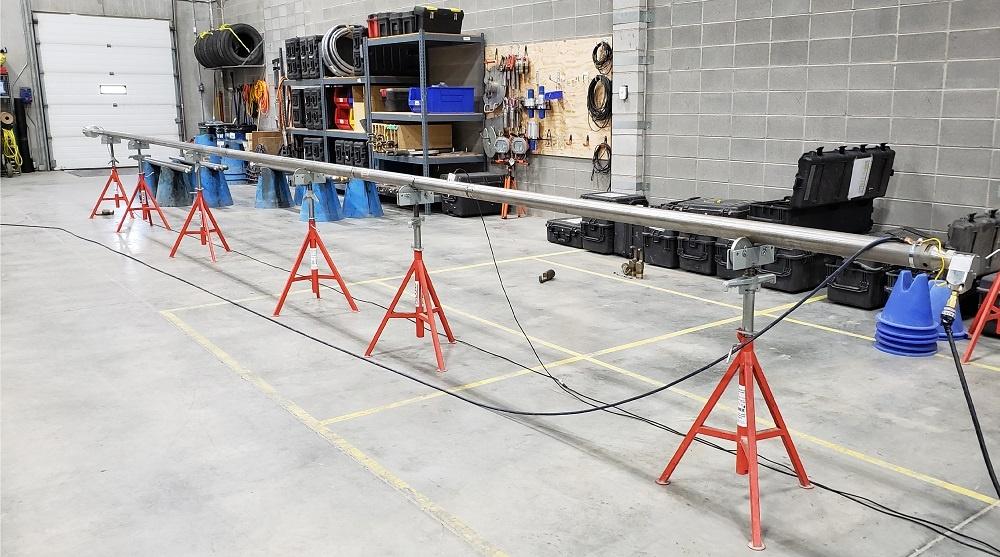 The rate of technological advancements is advancing, and it is pulling the oil and gas industry into new realms of digitalisation, automation, AI and more. The field has become more competitive and yet, despite this, the latest innovation from Blue Spark Energy, the wireline applied stimulation pulsing technology (the BlueSpark tool) which has the potential to radically increase the efficiency of well intervention operations, stands apart.

In a virtual webinar, Blue Spark Energy representatives Todd Parker, CEO, and Chris Grahame, VP of Sales and Marketing, presented the technology, describing it as the future of environmentally responsible wellbore interventions.

As Parker explained, the engineers at Blue Spark Energy have utilised electrical energy in a third format outside of AC or DC, high pulsed power, for application within the well intervention sector. High pulsed power is the idea of taking electricity and compressing it to be released in a very short period of time. Returning to school physics, power equals energy over time, so by reducing the time taken, the power is much higher. By example, Parker demonstrated a test in the Blue Spark Energy laboratory which used the energy equivalent to two cell phone batteries and releasing it in microseconds to generate power in the hundreds of megawatts range. The company has taken this and built a device to take electrical energy, compress it and then produce a high power output for use in the well intervention sector.

So what can this technology actually do? Well, as Parker continued, “The primary application of this technology is to return oil wells to optimal production by removing blockages that could cause disruptions. The BlueSpark tool, through repeated high power pulses, can effectively remove organic and inorganic debris in production zones and reopen perforations which have been plugged either immediately after perforation or as the well has matured.”

Already Blue Spark Energy has deployed this technology in hundreds of wells across the globe and returned with some incredibly promising results. Listing some of these examples, Parker stated that in one example in the Middle East, a customer used the BlueSpark technology for two remote wells and found that the high power pulses were just as effective as coiled tubing acidisation methods and was able to more easily target specific zones. Additionally, the small footprint and ability to rapidly mobilise to the remote location (due to the small amount of equipment and personnel required) meant the BlueSpark tool produced the same result in just 10% of the time and led to an aggregate increase of 60% in oil production across the two wells.

Parker noted that the technology can be used to clear blockages across the wellbore – be that in the productive zone or the completion equipment further up – any part that has the capacity to create somewhere for debris to start building up the BlueSpark tool is effective at treating the disruption. It is also not restricted by the kind of debris that is obstructing the well, and anything from waxes, calcium carbonate or even iron sulphides can be treated. With other intervention methods you often need deeper diagnostics to ascertain what chemicals are required, for example, but all Blue Spark Energy operators need to confirm is if there is debris and where – they are not concerned with what it looks like or what it is.

To emphasise this, Parker added, “In the North Sea at an unmanned installation the operator encountered a barium sulphate scale build up in the tubing and across the surface controlled subsurface safety valve (SCSSV). Operators were unable to use conventional methods due to scale build up restrictions above the SCSSV and were therefore required to shut-in the well and set up a plug as a barrier below the SCSSV. We were able to take out a small wireline mast and within 24 hours place the technology across the SCSSV, remove the debris and put the well back into production. This was a 3500bpd producer in danger of being shut which we were able to rapidly treat without causing any damage.”

In addition to cleaning screens and gravel packs in oil production, the BlueSpark tool has also been deployed for usage in other applications such as water source wells or improving geothermal efficiency, proving its versatility across the energy sector. In another case in the North Sea, Parker showed how the technology was used to improve the efficacy of decommissioning wells by removing debris to allow for a rigless type of decommissioning as opposed to section mill or something more complicated.

This technology, as Parker continued, is particularly suited when deployed by wireline tractor, and is compatible with all wireline industry equipment – if a perforating gun can be run off the wireline unit so can the BlueSpark tool. It is very transportable, able to be transferred in a helicopter for example, and is deployed in pairs to de-risk operating time. It also has an incredibly small environmental footprint, without using chemical fluids, explosives and requiring only a small amount of energy. Although the pulses are released at high power, due to the low energy used, there is no risk of damaging any equipment.

Saving money as well as the environment

After the webinar, Parker spoke to Offshore Network to shed more light on this innovative new technology and which markets the company is targeting in the future.

Aside from the environmental and safety benefits, the BlueSpark technology also offers significant financial incentives as well. Parker added, “The costs savings mainly come from operators not having to move a rig or heavy equipment, and the ability to intervene quickly. It costs less to transport, there are less people required to move it, and it’s very fast to set up (there is no wellbore preparation). Looking from a fiscal perspective you are probably looking at being able to save more than 50% over using a conventional technique to accomplish the same result. We have case studies where we have saved customers days of operating time and millions of dollars.”

The story so far

Parker took some time to reflect on Blue Spark Energy’s journey so far which, at times, has been quite frustrating. He said, “The physics is basically high school physics, the engineering was not, so it took some time to build the tool robust, durable and slimmer to access more wellbores, but we finally had a commercial model in 2013 which we started to take around the world.”

“Unfortunately this is where you run up against the inherent conservativeness of the industry itself. From 2013 to 2018 we really faced that from a lot of operators who, broadly speaking were interested in new technology but really struggled to introduce it as it is radically changing their intervention, not changing a small part of it such as introducing a type of chemical. It took us a few years to get some customers to where they were comfortable making that change.”

Currently Blue Spark Energy has quite a large capacity, after deploying to more projects and manufacturing more assets to meet demand. It has ongoing projects in Nigeria, Denmark, Norway, the UK, Malaysia and the Middle East and, to date, has completed over 600 projects across the world working with a variety of clients such as Exxonmobil, Chevron, Shell, Equinor and more. Across the thousands of well descents attempted by the technology, it boasts a 99.6% operating efficiency and rarely creates downtime for customers. As there is a small amount of equipment and capex required to perform an operation, it is a relatively easy fleet to maintain. Additionally, as there are no complicated moving parts and the supply chain is quite simple, it is an extremely scalable business.

Turning to the future, Parker commented, “Covid had an impact on business, 2020 was not our best year but it was our second best year. Now there is a tremendous backlog of wells that require maintenance and people want to do it rapidly and effectively, so we are envisioning a big uptake in activity in the short term. We think it is an opportunity for a lot of customers to see the benefit of this technology.”

Parker continued, “We want to continue to operate in logistically challenged regions, that is the easy argument. In some regions such as Africa, the Middle East, and Far East it is hard to get equipment to these locations, so why not try something radically different that is easy to get there.”

“The second dimension is we are still discovering additional applications. People are coming to us and asking, can we do it for this or use it for this purpose and we are continually refining the technology. So while there is a geographic spread there is also some technical growth we are seeing as well. Being able to help the decommissioning process, for example, to more effectively cut off any methane leaks in the future is exciting, as it is a big topic which at the moment has tremendous costs for operators. We are starting to get some real interesting air time in that space.”