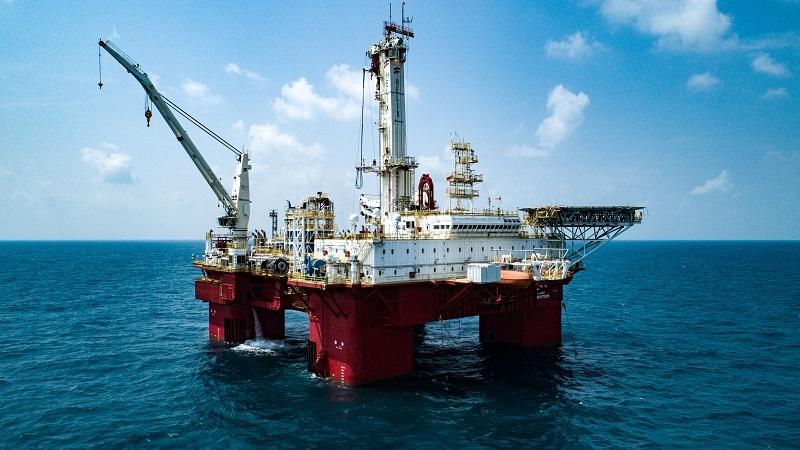 As Neil pointed out, the Q7000 was born out of years of experience Helix has accrued from servicing more than 1,500 subsea wells. In terms of riser-based operations, the company has a track record going back to the 1990’s and the Q7000 is the latest in a long line of successful vessels including the Q4000, the Q5000, Siem Helix 1 and Siem Helix 2. All of these have similar capabilities and, in fact, the Siem Helix 1 and Siem Helix 2 have the same topside equipment as the Q7000 so, although the evolution has ensured the latest vessel has gained competency an efficiency, operating this vessel is not new territory for the company.

As Neil continued, the Q7000 is a self-propelled DP Class 3 semisubmersible that can move at 10.5 knots. In order to access subsea wells it uses the Intervention Riser System (IRS) which enables access to both convention and horizontal trees in depths down to 10,000ft/3000m but equally can be deployed in shallower waters to around 85m. Applications include coiled tubing, electric line, slickline operations, and the riser can be used as a conduit for cementing operations, well abandonment and tree change outs. As standard the system on Q7000 is rated to 10,000 psi but Helix have a 15,000 psi system should there be a requirement for use on HPHT wells. The 7-3/8 through bore diameter allows the ability to pull large OD crown plugs in horizontal trees.

The vessel has benefitted immensely from the Subsea Services Alliance, a strategic partnership Helix formed with Schlumberger to enhance their well intervention services. Due to the advances made from the alliance, the Q7000 no longer requires two separate crews for slickline and wireline which are never on deck together, as was often the case with older vessels, but instead brings them together in a multi-skilled crew. The result is a reduction in crew size from 14 to 8 people for these operations and for coil tubing and CTS/Testing, the crew size is brought down from 25 to 20. This results in remarkable cost savings to the client so that once the reductions and personnel transfers are calculated more than US$500,000 can be saved from a campaign of 100 days. Additionally, a smaller crew means reduced HSE exposure, which is of paramount importance in the current Covid-19 environment.

To demonstrate the capabilities of the vessel, Neil ran through the campaigns that it has conducted since entering operation in early 2020. In that year, it was commissioned by a major operator to carry out a five well campaign, starting in January, for a wide scope of work including water shut offs/zonal isolations, hydrate millings/CT clean up and remedial safety valve operations all with production enhancement objectives. These were conducted 65 miles off the coast of Nigeria in water depths of 1,210m.

Despite encountering inevitable challenges inherent with using a brand-new asset and having to manage Covid-19 implications which struck half-way through, the campaign was a resounding success with every stakeholder pleased with the performance. All five well operations were completed in a single IRS deployment with four subsea well hops and it took 25 less days than planned achieving 96.86% uptime.

When the Q7000 returned to Nigeria at the start of 2021, to perform another five well campaign further offshore and in deeper water (90 miles from land in water depths of 1360-1560m), Helix had to contend with a number of new logistical challenges due to Covid-19 protocols and the fact the vessel had to be taken out and re-established in Nigerian waters. Despite this, again the Q7000 ran a successful campaign effectively servicing the five wells across two separate fields. It did so with >97% uptime with three well hops and zero delays in mobilisation of tools and personnel.

From the testing and pilot campaigns of the Q7000 it was clear that the vessel has the ability to provide tangible benefits which Neil guided the audience through. One of the most obvious was the ability to use the IRS in a single deployment and run it between each well. Combined with the speed and manoeuvrability of the vessel, this meant that each run was achieved far quicker and single trips could be completed in hours not days. Additionally, as all the tools are changed at surface level, changing between slickline/E-line/coil tubing (which could take longer than a shift on a semisubmersible vessels) can be done in hours. Where riserless solutions are applied in deep and ultra deep water applications, there are significant time savings deploying the riser system once rather than running tools and equipment through the water column between each run. For a nine run total operation including two slickline and seven E-line this could usually take upwards of nine days, but using the Q7000 the operation was completed it in just over three.

Aside from capturing value, Neil also demonstrated how the Q7000 has been carefully designed with safety in mind to minimise the risk of accidents onboard. Working from height has been removed where possible and the risks inherent with manual handling have been designed out. Most notably the ‘walk to work’ system ensures that personnel can access the work site without needing harnesses and permits and their tools are safely deployed with automated systems.

The Q7000 has arrived with the full weight of Helix’s extensive knowledge base and experience and has been designed with the latest innovations to ensure it delivers maximum efficiency, delivers value and keeps its crew as safe as possible while doing so. It is no surprise that the vessel has already been hired to conduct more work in Africa in 2021 and potential abandonment scopes in 2022 and will not doubt see an extensive workload over the coming years.

To learn more about the Q7000, follow the link below:
https://www.helixesg.com/what-we-do/our-assets/q7000/