Rig or riserless in sub-Saharan Africa, six months on 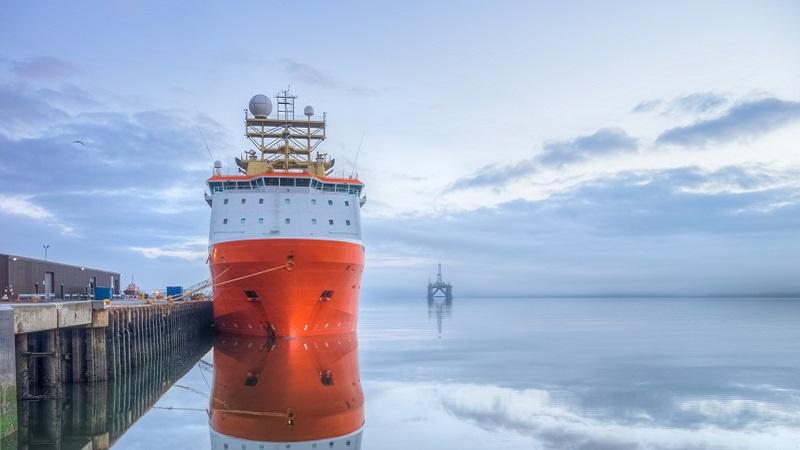 In March 2021 a panel of industry experts met to discuss the challenges and opportunities of riserless light well intervention (RLWI) in sub-Saharan African (SSA) and, half a year on from that spirited debate, as part of the Offshore Well Intervention West Africa 2021 conference the party reconvened to discern if anything has changed.

Sola Adekunle, CEO, Cranium Engineering reprised his role as host and began by outlining some global changes to the oil and gas market in this time. He noted that in November 2020 oil prices were sat at US$37 per barrel, rising to US$63 on 1 March. At this time, boarders were still more or less closed, lockdown restrictions were still in place and generally Covid-19 was having a huge impact on business.

Six months on, the pandemic is still here but with the distribution of vaccines in full flow the world has opened up, industries are recovering and, as of 4 October, oil prices had climbed to US$82.95 per barrel.

RLWI in a recovering market

During the last session the panellists explored the benefits of RLWI by commenting that operators can achieve the majority of their objectives at a much lower cost and this presented a significant opportunity to capture the low hanging fruits of oil production. Since then, Adekunle asked, has this been recognised in SSA? And has the region adopted this method of well intervention to alleviate it’s rapidly ageing well stock.

New member of the panel Paul Stein, Commercial Director of Baker Hughes, said, “Globally it is a bit mixed in terms of RLWI despite the oil price going up. We are certainly seeing more tendering and early engagement with clients in this space but there is a split in customers. Tried and tested customers have RLWI in their core business and some are consistently undertaking such campaigns.”

“However, particularly in West Africa there is a delay in operations taking place which is maybe a reflection on the downturn of capability and knowledge within untested companies. It is also a significant investment for operators to pitch internally and many companies do not have that pot of money set aside for interventions. Now is the time to support clients to realise the production gains that can be achieved; particularly in West Africa which has an ageing well stock. I believe RLWI has a big place in the region.”

While there has been hesitation to undertake RLWI campaigns, this has not been the case with BP. Matthew Vick, Senior Subsea Wells Engineer, BP, explained that his company had continued with these operations and had just wrapped up a campaign in Angola. For the future it had already started the leg work for another campaign in the future alongside major campaigns in the Gulf of Mexico and the North Sea. For his company, “Light well intervention has become a routine operation at this point.”

Feyisola Okungbowa, Executive Director, Baker Hughes, added that there was definitely a lot more upfront activity but this was not, as yet, really translating into actual business in the region.

She said, “We do have some operators in SSA executing currently but with the ageing stock that we spoke about last time the coverage is still not there compared to other regions. With the improved oil price we are having discussions on more oil creation and yet I am still wondering why we are not seeing the market use light well intervention ‒ a low hanging fruit which can be used to boost production.”

The panellists noted that perhaps there was an unrealistic expectation for this uptake to happen quickly and, in reality, senior executives need more time to truly understand the benefits of light well intervention. This education journey has not been helped by the long pause of operations during Covid-19.

With the challenges listed the panellists then turned to discussing how they can be mitigated to encourage more campaigns of this nature in the region. Picking up on education, Vick noted that the benefits of RLWI can be conveyed by communication within the industry. He said, “We love sharing out lessons and we like it when other operators share theirs. The more something is used the more efficient it becomes and this will drive uptake.”

In this vein, collaboration is also high on the list. Intervention campaigns can be very costly for less developed regions such as West Africa as often specialised equipment must be brought in and this might prove not economically viable if only a few wells are targeted. However, the panellists explained, this expenditure can be cut if split between several operators partnering on the same campaign. This would also result in longer campaigns which would, the longer they go on, drive efficiency and thus capture more value: Vick noted that the biggest return on value is usually achieved on the 5th/6th well onwards when engineers start to work through the kinks.

To achieve this, contracting strategies are paramount. Another new member, Vidar Sten-Halvorsen, Subject Matter Expert-Well Intervention at Havfram, noted, “It is important to have a clear agreement up front on who is doing what and how they are going to work together. Agree on contractual issues early and then everyone is in the same boat with the same agenda.”

Vick added, “A one-team mentality is critical and having that formally defined is very important. Make sure everyone is on the same page, has their relationships clearly defined and agree to it up front.”

Stein commented that Baker Hughes has a great track record in SSA with countries such as Ghana and is capable of conducting operations in other waters across the region as well. He noted that his company is more than happy to work with other service companies in order to unlock the RLWI commercial potential that SSA holds.

Okungbowa added that their local content strategy is second to none after spending the last three years training up local engineers. Because of this they have a great foundation from which to execute operations cheaper and faster, avoiding the need to bring in too many external personnel.

Finally, the panellists explained that with so many energy companies placing climate concerns high up on their agenda, light well intervention has the potential to help operators maintain production at a reduced carbon footprint.

Sten-Halvorsen said, “This is becoming more and more important from an operator point of view ‒ the footprint left behind after operations. Lighter vessels have lower fuel consumption and it is something that is really favouring this approach over the use of heavier units.”

A brighter future ahead?

Despite not as much uptake in the last six months as was expected, the panellists remained positive about the future of RLWI in SSA.

Sten-Halvorsen concluded, “Africa is the next big thing for well intervention and there is a huge price to win here going after intervention in West Africa.”

Stein added, “My aspiration is to be in a position to conduct multi-well campaigns in West Africa utilising the potential of light well intervention. The region could go from a place not really using this method to one that is driving. It has the potential to do that.”

Concluding another insightful session, Adekunle simply said, “It is the way to go. It is the future.”