An innovative approach to wax removal 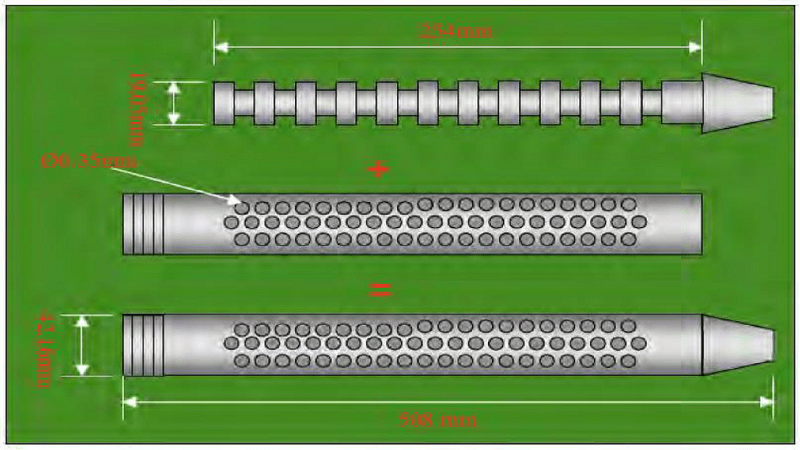 Ejimofor began by commenting that wax production presents one of the most challenging flow assurance issues when not addressed in the well completion design stage. The problem occurs when paraffins precipitate when the production system temperate falls below the wax appearance temperature (WAT). The resulting wax deposits that form can cause blockages which reduce production rate and flowing tubing head pressure and, in some cases, can take production from 2,000 barrels down to zero.

There are three conventional methods of solving wax problems, but each has inherent issues:

-Mechanical: Utilises wax cutters and scrapers for cutting the wax and also scraping it off the metal surfaces of the tubing. This is widely used and is cost effective initially but over time it can be needed at more frequent intervals which increases the cost and risk.

-Thermal: Downhole electric heaters are used to improve the heat retention capability of the crude so that its temperature remains above the WAT. A useful solution however there is a number of associated challenges such as availability of power sources offshore, the heating up of tubulars and formation damage.

-Chemical: Utilises chemical solvents to dissolve the wax molecules and allow the crude to be flowed to the surface. The problem with this solution is it has to be treated on a case-by-case basis which means information about the reservoir must be known and it can be costly overtime. There are also issues around availability of chemicals and initial completion design to accommodate for chemical injection valve

These are the standard wax removal methods but, Agbo continued, there are alternative approaches to wax removal, you just need to be able to think outside of the box.

This is how Ejimofor and the team approached one of their wells suffering from acute issues with wax deposits which he presented to the OWI WA attendees in an informative case study.

The AK-40 Well, located in an ageing field, was completed in 1992 in two non-waxy reservoirs. However in 2005 the well was recompleted as the only drainage point in X1.0 reservoir containing waxy crudes with no provisions taken to cater for wax deposition. When the well was opened in 2006 it had an oil production rate of 1,142 BOPD but subsequent production gave 1,100 BOPD with intermittent wax cutting required every six months. The start-up rate post-wax cutting activity continued to drop and the duration of production dropped from six months to three months and continued until it only lasted for a month after wax cutting intervention.

Ejimofor said, “This called for a more effective wax mitigation strategy. We needed to do something different and think outside the box to resolve this issue.”

This began with laboratory analysis by which they discovered that a solution of 60% xylene and 40% diesel was the most effective at dissolving the wax with 98% dissolution achieved. Additionally, through an oil sample, they discovered the WAT was around 91.4⁰F while a dynamic model indicated the WAT was between 94⁰F and 95⁰F. Finally, through a bottom hole pressure and temperature survey they found that the estimated depth of wax precipitation was established at 3,300 ft which corroborates with breakthrough depth in previous wax cutting interventions.

With this information, the company then turned to deciding which alternative wax removal methods they should utilise, with two available.

The first was the Wax Inhibition Tool (WIT) comprising of nine dissimilar metals combined to form an alloy. This tool acts as a catalyst which enables a change in the electrostatic potential of the fluid. It changes the electrostatic potential and produces a polarisation effect at the electron level of the molecules which prevents scale formation, corrosion of metal and paraffin wax deposition. Crude is sucked into the holes in the tool and when in contact with the alloys to break up the long chain hydrocarbon molecules thereby making the oil ‘slicker’ and flow better.

Ejimofor added in some places they call it “the wonder tool”.

The other option was a Capillary Injection System which injects chemical solvent downhole to aid in the dissolution of wax molecules and allows the crude to flow to the surface. This can only be internally installed in the tubing string and can be used in various applications including liquid loading, scale control, salt control, corrosion control, and more.

The company compared the two and, in this application, found that the Capillary Injection System was not as viable as it would require a complex deployment, multiple items would be POOH, there was a high risk of plugging, it required preventative maintenance and there would be a high installation cost.

On the other hand, the WIT had an easy deployment, only one piece would be POOH, it carried a low risk of plug, there was low maintenance required and the cost of installation was lower. It was therefore the clear choice.

With their solution chosen Newcross turned to the next stage and carried out tubing integrity via mechanical wax cutting on slickline followed by wellbore clean up with solvent soak (of the xylene/diesel solution) across the entire wellbore. This ensured that before the WIT was installed the entire wellbore was cleaned of wax deposits. They then ran inhole and installed the WIT at 4,000 ft (600 ft below the WAT depth previously discovered).

Ejimofor commented, “Since we have done that, in the past eight months production has been the same and we have not needed to cut wax in this time. It is flowing on its own and management has been very happy with the results.”