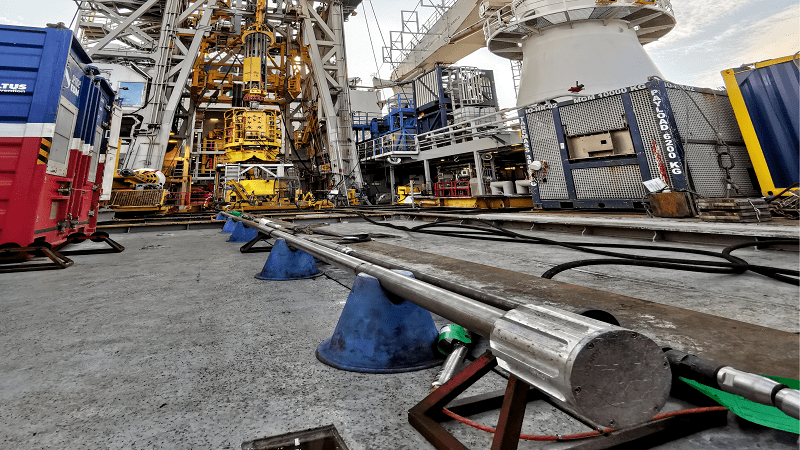 Since its first operation in 2011, Calgary-based Blue Spark Energy has focused on the electrification of intervention processes, including a new wireline tool that utilises compressed energy to generate a pulse for use in well intervention applications.

The wireline solution utilises apprxoimately 1 kilojoule of energy compressed into a millionth of a second. This means that every time a tool is used, around 200MW is generated in a power pulse- manifested in a shockwave that can clear impediments, scale, organic materials or blockages. As well as impediment clearance, the wireline tool can be used for production stimulation.

Coaxial cables are often used for this application, with an external energy source supplying approximately 1 kilojoule (around two mobile phone batteries worth of power for an entire treatment).

Involving only a coaxial cable and power source, the solution has practically zero environmental impact, and offers a low-cost and low-footprint intervention compared to alternative methods, tackling several downhole challenges in wellbores.

Blue Spark Energy began its first operation in September 2011 and in that time it has been building up a track record to show the market that this is an effective and trustworthy tool which can solve a number of problems in the wellbore. Since 2011, the company has implemented more than 600 operations worldwide for more than 50 different companies.

Parker explained that of these 600 operations the company has acquired data from 267 oil wells. Of these, there was an average oil production increase of 262%. BlueSpark also collected data for 45 injection and disposal wells and the average change in production was a staggering increase of 413%.

In addition to being an effective tool for any type of well (including some applications within the geothermal space) Parker noted they have been working with some companies in their decommissioning operations. In this regard, the BlueSpark tool can be used for cleaning the casing prior to setting a barrier to improve the chance of it setting and sealing. This can reduce well abandonment costs by as much as 60% in complex cases and at least 20% in simpler cases.

Parker noted, “We are continuing to innovate and improve this technology. We think it is an excellent technology. This is a go-to solution and has a high degree of reliability in removing impediments affecting wellbore performance. We are now accepting more and more orders for it and we have multiple projects on the go today.”